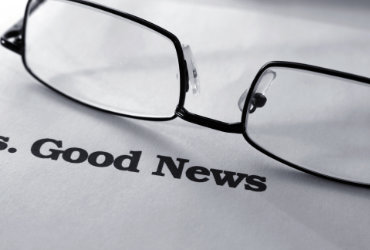 New Study Throws Doubt On Value of Antioxidants--Or Does It?

A Misuse of Meta-Analysis Methodology?


A new meta-analysis examining the effect of antioxidant supplements on all-cause mortality published in the Feb. 28, 2007 issue of the Journal of the American Medical Association (JAMA) misuses meta-analysis methods to create generalized conclusions that may inappropriately confuse and alarm consumers who can benefit from supplementing with antioxidants, said the Council for Responsible Nutrition (CRN), the leading trade association for the dietary supplement industry.


“Healthy consumers can feel confident in continuing to take antioxidants for the benefits they provide. This meta-analysis does nothing to change those facts,” said CRN’s Andrew Shao, Ph.D., vice president, scientific and regulatory affairs. “While meta-analyses can be useful when the included studies are very similar in design and study population, this meta-analysis combined studies that differ vastly from each other in a number of important ways that compromise the results.”


For example, the meta-analysis included clinical trials that varied widely in terms of dosage, duration, study population and nutrients tested—such as data from a one-day study with a vitamin A dose of 200,000 IU mixed with data from other studies lasting years. In addition, many of the clinical trials included in the meta-analysis tested nutrients beyond those that were the focus of the article (vitamins A, C, and E; beta-carotene; selenium), including lutein and zinc, making it difficult to appropriately evaluate the contribution of those trials to the overall meta-analysis.


Moreover, the overwhelming majority of the clinical trials included in the meta-analysis tested for secondary prevention, looking at how a nutrient works in those who already are diseased, instead of primary prevention studies in healthy populations.


“Combining secondary prevention and primary prevention trials and then making conclusions for the entire population is an unsound scientific approach,” said Dr. Shao. “Additionally, many of the treatment trials had limitations, including the expectation that a simple antioxidant vitamin could be expected to overturn serious illness, such as cancer or heart disease. These trials likely statistically skewed the results.”


Dr. Shao further pointed out, “The study authors concluded that overall there was no effect of antioxidant supplements on all-cause mortality. It was only after the researchers divided the chosen clinical trials into ‘high risk bias’ and ‘low risk bias’ groups, using their own criteria, that they observed a statistically significant effect on mortality. This meta-analysis appears to be a predetermined conclusion in search of a method to support it.”


The above was taken from a press report issued by The Council for Responsible Nutrition. Below, a full analysis of the JAMA article, and its conclusions, is presented.


As we have pointed out in the past, this provides one more example of an opportunity for those who want to to support their preexisting bias. For example, if you are looking for an excuse to not take supplement, or not eat healthy, you will love the JAMA artcle. If, on the other hand, you arer someone who monitors the news about antioxidant vitamins and m